SILER CITY — This Jet has plenty of fuel.

Jordan-Matthews High School senior Shane Conroy put in the work and earned a Park Scholarship, a four-year ride worth around $112,000, to North Carolina State University. 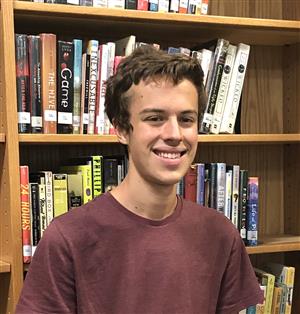 "Bioprocessing is going to become very important in fields like pharmaceuticals, and statistics helps us understand everything about the world."

"Shane works diligently each and every day, task by task, to maximize his intellectual capacity,” Palmer said. "I have rarely encountered a student who possessed a willingness to work as hard as he does to fully realize his true potential."

Conroy completed the Dual Language program, a K-12 initiative that prepares students to be bilingual in English and Spanish. He captained both the FIRST Robotics and Quiz Bowl teams at Jordan-Matthews and still found time to volunteer at the West Chatham Food Pantry.

Park Scholarships are awarded based on outstanding accomplishments and potential in scholarship, leadership, service and character. Conroy is one of 40 Park Scholars in the class of 2025 selected from a pool of some 2,200 applicants from five countries, 42 American states and 97 of North Carolina’s 100 counties.