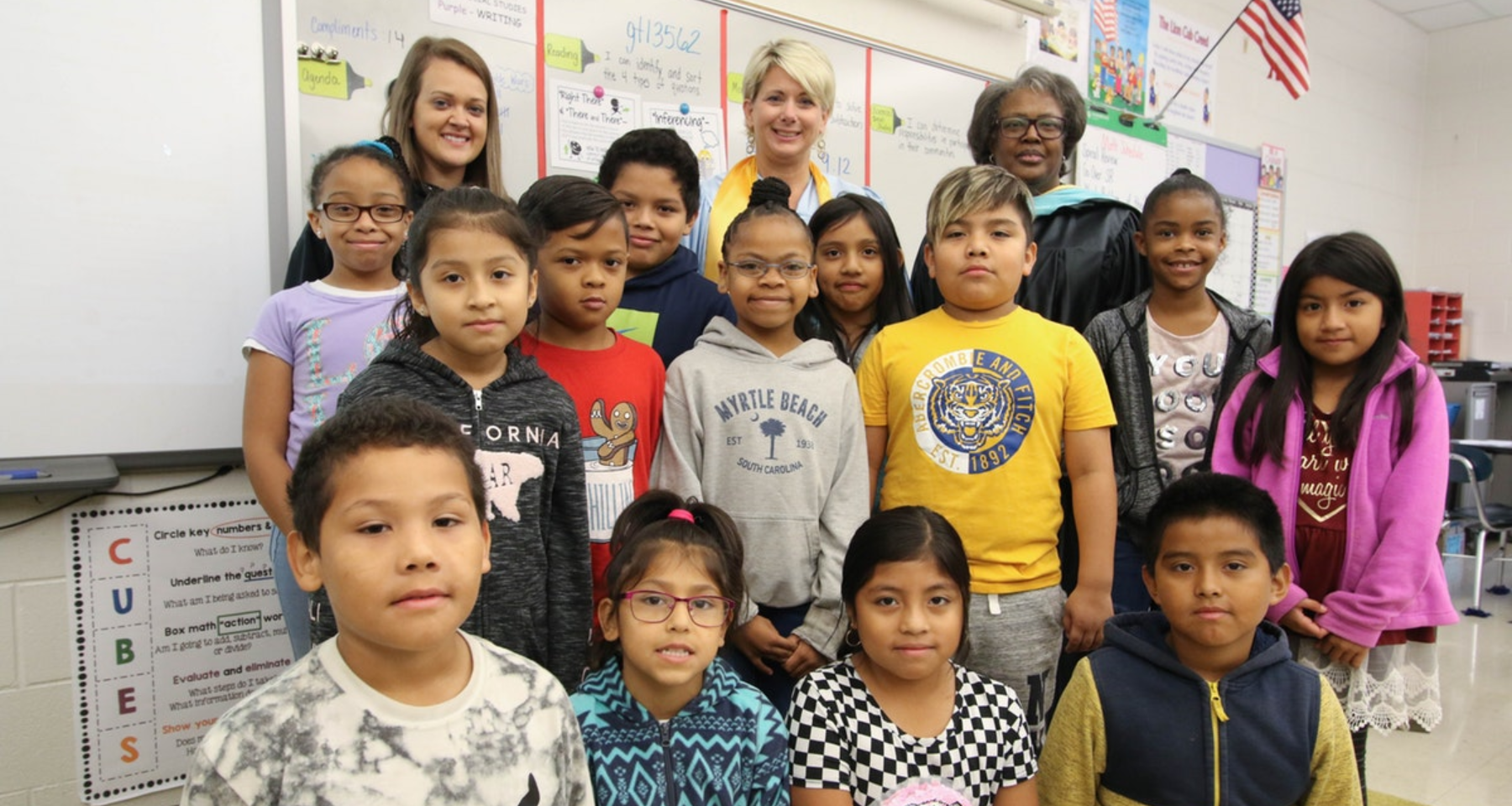 Some elementary school kids made sure she earned it.

Boone is the executive director of teacher induction and Title II services for Chatham County Schools. But earlier this year on what could’ve been described as #WayBackWednesday at Virginia Cross Elementary School, there was Boone walking up and down the halls in a graduation gown she last had on in 2003 after earning her master’s degree in school administration from the University of North Carolina at Greensboro.

Which explains the pop quiz: 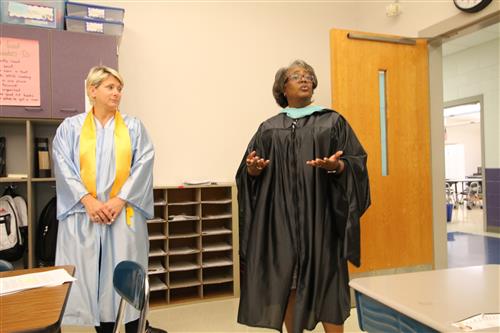 “Why are you wearing that?” Virginia Cross third-grader Michelle Ciriaco asked.

“To show you that you can do what we do,” Boone said.

“What do you do in college?” second-grader Katrina Nettles inquired.

The thing about that, though, is college students get to pick quite a bit of what they want to study, so it’s not so bad, Boone offered.

Murchison joined Boone and other educators in this makeshift fashion show. The wardrobe was graduation gear. The runways were hallways leading to classrooms where students were connecting the dots of good grades someday affording them opportunities to wear college caps and gowns.

“Which college did you go to?” third-grader David Hernandez asked.

Well, it’s complicated, Boone suggested. She went to a lot of colleges, because her mind was open for more and more education: a bachelor’s degree in psychology and African-American studies from the University of North Carolina at Charlotte; a master’s degree in psychology and another one in school counseling from North Carolina Central University; and the master’s in school administration for which she was wearing the gown.

Graduation gowns symbolize jobs well done, kind of like certificates students get when they're promoted from grade to grade in elementary school and middle school. High school students earn diplomas when they graduate.

“But when you graduate from college, they call it a degree,” Boone said.

Murchison had on the baby-blue gown she wore after earning a bachelor’s degree in French and international studies from the University of North Carolina at Chapel. She also earned a master’s degree in reading from there, and she has a master’s in administration from UNC-Greensboro.

“This is what you wear when you finish college. This is a gown, or you can call it regalia,” Murchison said.

A clarifying question emerged — exactly how does somebody sign up for a space in this place called college?

Good grades, community service and being a well-rounded individual are keys, Boone said.

“Then you have to take the special test,” said Boone, referring to the ACT and SAT. Those tests are indicators of how well someone might do in college, she said. High school counselors help students with that kind of stuff.

“I was Ms. Murchison’s counselor when she was in high school,” Boone revealed.

Boone was the first female principal at Jordan-Matthews High School. All of that education she earned positioned her to blaze that trail.

Which was the main idea here. 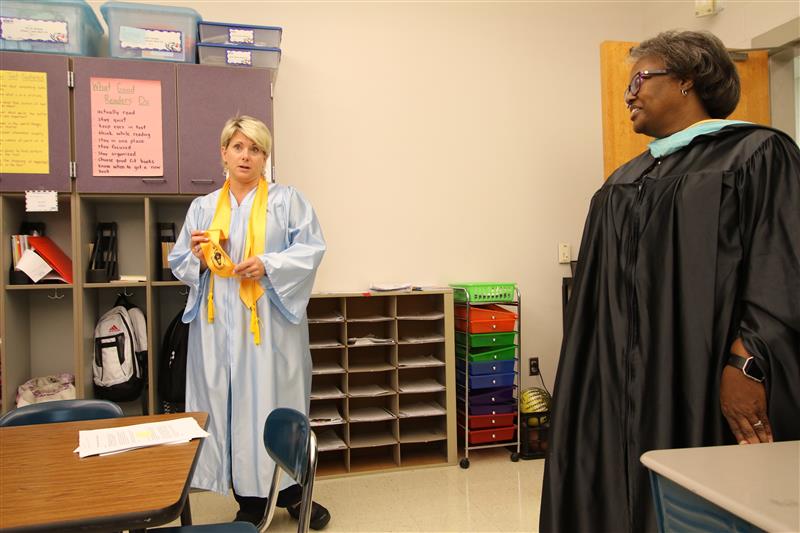 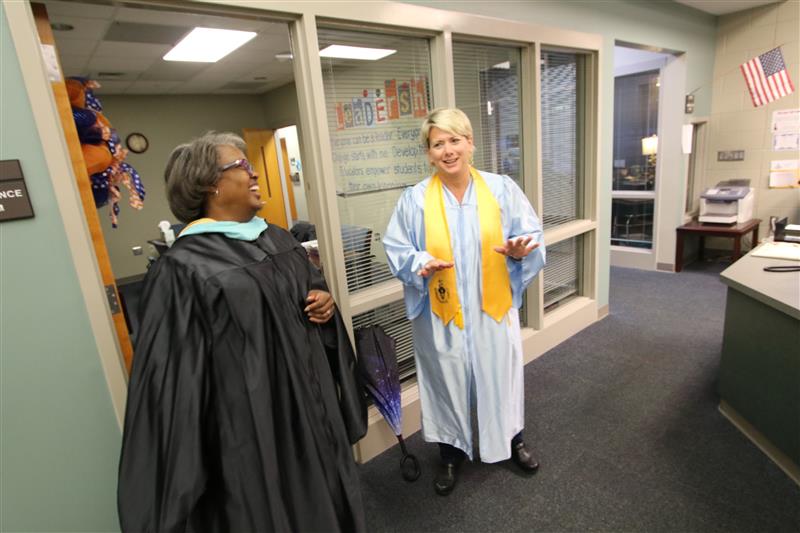